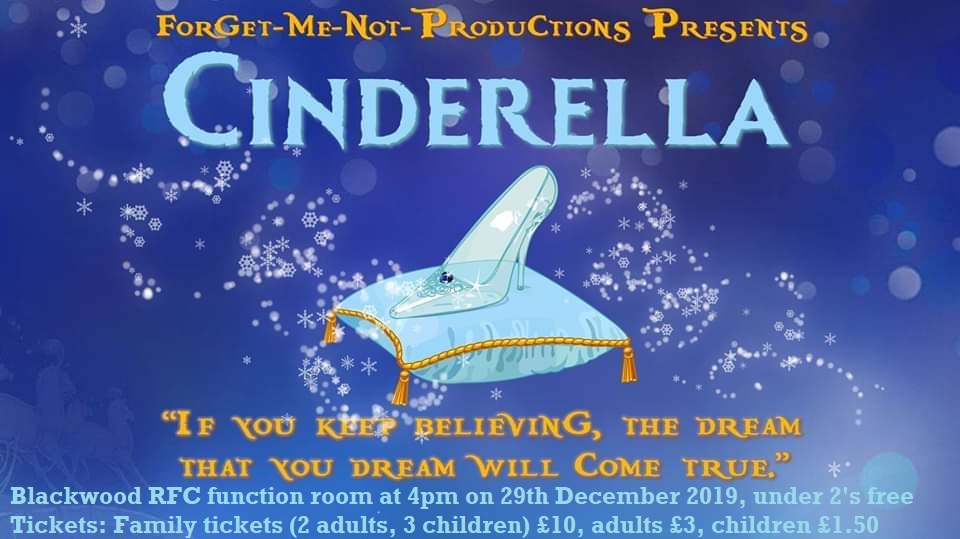 Long ago, in a far away kingdom, Cinderella is living happily until her mother dies. Her father remarries a cold, cruel woman called Teresa May who has two daughters, Rebecca and Coleen. After her father also dies, stepmother Teresa May and her wicked stepsisters turn her into a servant in her own house. Our story begins here.

This year the team who also brought you Elf the Panto, toured a traditional pantomime with a twist.  Forget-Me-Not-Productions’ version of this well loved family favourite merged elements of the traditional with the immersive. Cinderella; an Interactive Pantomime engaged audience members directly in the action throughout the performance, making them active participants in the whole show. 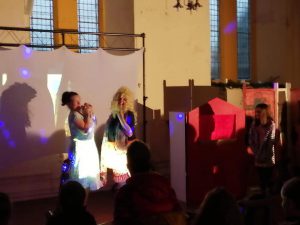 What exactly is an interactive pantomime?

Audiences were given the opportunity to become main characters throughout. They frequently came on the stage during the show, and interacted with the actors all through the whole performance. Cinderella seamlessly blended elements of pantomime, music, puppetry, dance and digital theatre. 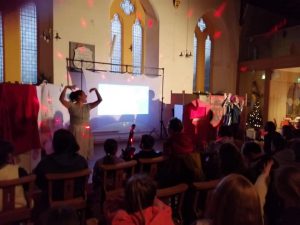 The pantomime is also touring throughout January and February 2020. Book now to avoid disappointment. You can reserve seats by emailing Clary on clary@forget-me-not-productions.co.uk or ringing 07977383007