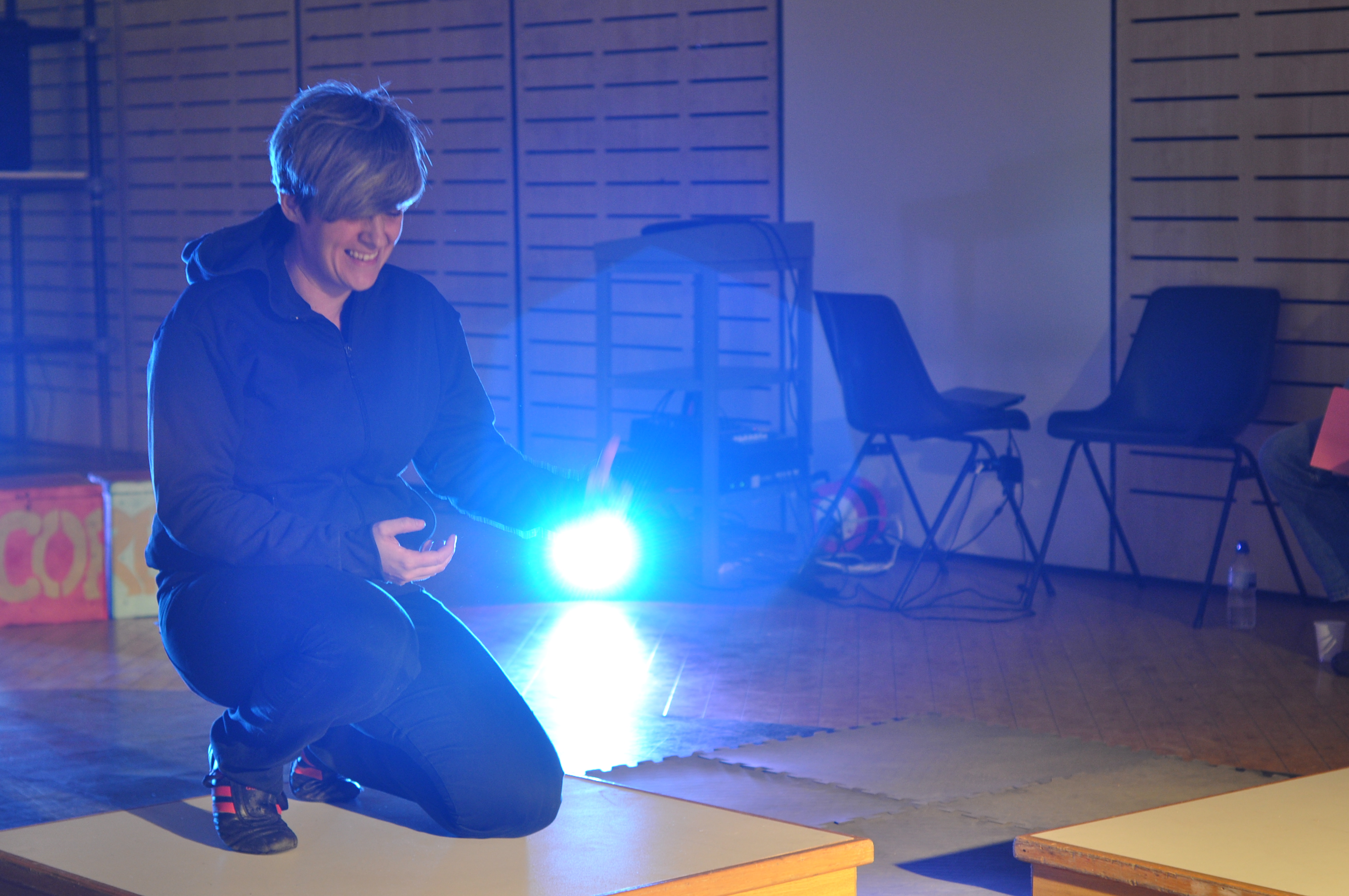 Between Tuesday 7th April to Saturday 9th May 2015, artist in residence Clary Saddler launched her democracy project Uprising  at The Project Space in Newport. Clary aimed to inspire people within Newport to be more politically active through the delivery of a project that used relatable themes (e.g. a gang metaphor running parallel to the workshops), 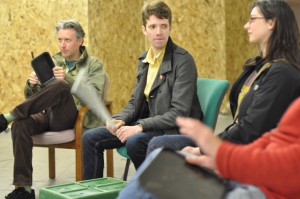 Uprising took place in a dystopian future that exists after the collapse of our own society. It took place in a world also governed by gang leaders and crime lords. By 2017, the number of people voting declined so dramatically that governments eventually got overthrown by gangs who promised their followers a brighter future but failed to deliver. In this dystopian reality, the world is in a constant state of civil war. Each gang constantly invades – seeking new territory. Also, a large underground movement of rebels and political protesters hold a series of secret meetings – identifying themselves by wearing rainbow bracelets. They strive for a democratic future. Their motto is “the working classes against the masses”. They believe they can empower the masses through creative expression. 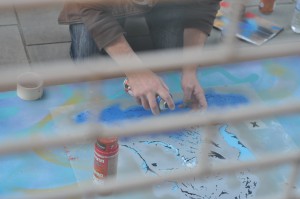 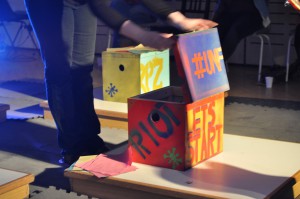 The Project Space was a community platform for the visual and creative arts. It initiated, developed and delivered a programme of performances, exhibitions and also workshops. It also provided arts activities. Through a series of participatory arts workshops Clary explored themes of democracy through the creation of songs, raps, rhythms & beat-poetry. The workshops also produced graffiti art, short films (holding subliminal messages of democracy) and also a piece of political theatre. This culminated in a promenade style performance entitled Uprising. 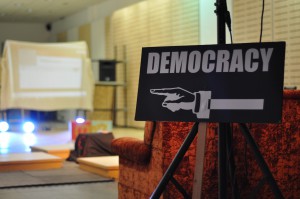 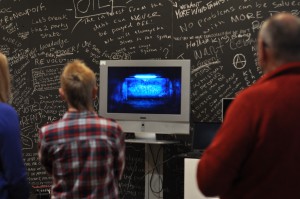 A note from the artist on completion of the project:

I’m a young practitioner who holds ‘old school’ ideals of changing the world through art.  I engaged participants creatively through this project. They were also included in the democratic process and were inspired them to be more politically active. Due to the drop-in nature of the workshops (and a surprisingly hot April) it was not always easy to coax people through the door.  I do however believe what we managed to achieve these aims. We also scripted a performance from these sessions. This is a good start at inspiring change within the city of Newport. 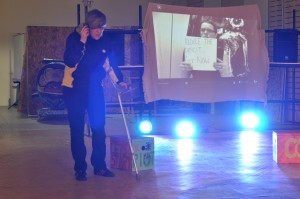 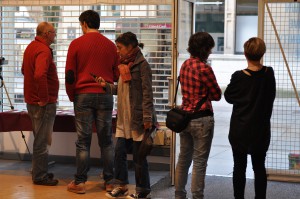